You can also find my work on Etsy!

Tales from the Beast

Look Into the Past

My illustration “Release the Ball, Trickster” has been published in the JordanCon 2022 Anthology Neither Beginnings Nor Endings.

Queens of the Quill

My illustration “Sorceress” has been published in the Queens of the Quill anthology, available as an ebook, paperback, and hardback. 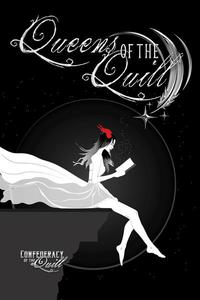 In the Belly of the Wolf

“In the Belly of the Wolf” was published in Untold Press’s Happily Ever Afterlife anthology, a collection of fairy tales with an undead twist.

Don’t talk to strangers. Don’t stray from the path. If you do, the wolf will eat you. Once swallowed, you will be trapped forever in the dark and musty limbo of the belly of the wolf, a larger and more crowded world than you ever suspected. You can’t blame him, though. After all, wolves will be wolves.

Available on Amazon and Smashwords.